Five Things Everyone Should Know About Sexual Violence Against Girls 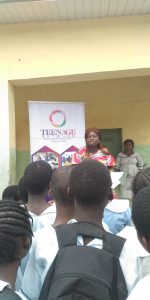 Aside from COVID 19, violence against girls is another pandemic the world is battling. According to the National Association of Adult Survivors of Child Abuse, 1 in 4 girls and 1 in 6 boys are sexually abused before the age of 18. This is alarming! Given that victims suffer physical, psychological, and social disorders on short term and long term basis as a result of sexual abuse, it makes it more devastating to both the victims and the society at large. We have taken our time to identify five facts that could help parents and guardians understand and protect their wards from falling victim. Have a good read.

Having read these facts, you would agree that ending sexual violence is the collective responsibility of all of us because it poses a great threat to society at large. We all have to be involved by campaigning against sexual violence, refusing to stigmatize victims, and ensuring perpetrators are brought to book.